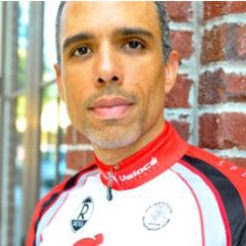 Coach Kameel is a recognized coach and bike fitter not only in Central Florida but, across the United States.  He has been sought out by clients from as far as Germany, Brazil, China, South America and Australia.  Studying under some of the industry’s leading fit specialists he has learned the art and science of bike fitting; making him the only recognized Retul Master Certified Bike Fitter in Central Florida. Other nationally recognized trainings include: 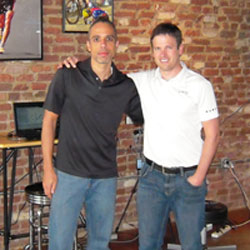 As a 3-D motion capture expert, Todd Carver partnered with Cliff Simms & Franko Vatterott to develop the tools and technology to make portable 3-D motion capture a reality for bike fitters across the globe. Their end result was Retül which launched in 2007. Like many fitters, Todd started out as a bike racer who focused on being comfortable so that he could be as powerful and efficient as possible. So while at the University of Colorado earning his Master’s Degree Todd did power based fit research in the applied exercise science lab and worked with Specialized to co-develop the curriculum for the Specialized BG Fit School. From there Todd progressed on to teach fitting at the Serotta International Cycling Institute (SICI). Via the modern technology of power meters, Todd's assisted in outlining the biomechanical and physiological factors associated with road bike racing of today. Todd has extensive hands-on experience helping thousands of riders to attain optimal riding positions that relieve pain and discomfort on the bike, while maximizing efficiency and performance of the rider. In 2010 Todd partnered with Giro to design a new line of road and mountain bike shoes which became available in early 2011. 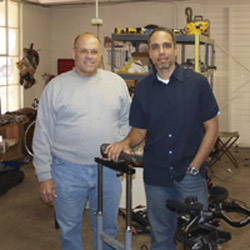 John Cobb is all about developing solutions. His knowledge of automotive and motorcycle racing has led him to create several well-known and highly accepted and applied cycling performance solutions. John is recognized as an industry expert in aerodynamics and biomechanics who has and is currently being sought after by some of the most prominent bicycle and component brands as well as working with some of the world’s top athletes including Greg LeMond, Kate Major and Lance Armstrong. John has over 27 years of experience of studying the aerodynamics of bicycles and muscle structure of humans. John’s work has improved the performance and output of cyclists as well as the form and technology behind many of the cycling industry's best products.

The end result is being the owner of several design patents, researching, testing, creating and/or redesigning of helmets, forks, handlebars, frames, wheels and now his own saddle. 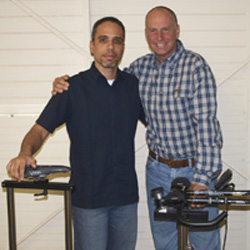 Dan Empfield, an inductee into the Triathlete Magazine Hall of Fame, is a pioneer in the triathlon filed. His passion for triathlon began in 1981 when he competed in the first Ironman held on Hawaii’s Big Island. This led him to design the original triathlon wetsuit in 1987. A short two years later (1989), Empfield designed the first “tri-specific racing bike”. Both wetsuit and bike were manufactured under Quintana Roo which he founded in 1987. In 1995 he sold Quintana Roo, yet remained on for another 4 years before leaving. In 1999 he departed from Quintana Roo and founded Slowtwitch.com, a popular on-line triathlon news and commentary website.

Still passionate for playing a direct role in triathletes’ lives he developed F.I.S.T Tri Bike Fit System, an industry leading methodology for fitting triathletes to their bikes. His system featured “stack” and “reach” a set of bike fit metrics popular among tri bike manufacturers and fitters. His fit clinics take place all over the United States and Europe.